I thought this might be of some interest to some of you old-timers who actually went to school at Louisa Boren junior high. That would be Steve, Mike, and maybe Cheryl, not sure. This picture is from 1963. I never went to school there, but used to go down there and play basketball in their huge gym when I was a junior and senior in high school. This link will take you to more information about the school. Louisa Boren Junior High
Posted by Jay at 12:33 PM 5 comments: 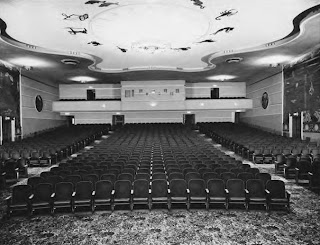 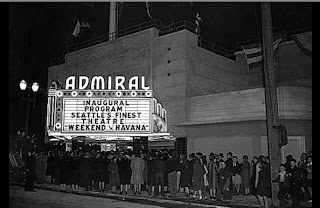 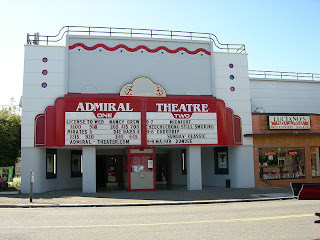 Here are some pictures I found of the Admiral Theatre that I thought were interesting. I remember walking all the way up there in the mid-60's from our home on 21st (which MapQuest says is only 3.2 mile, but it seemed further) to watch movies like In Like Flint or a James Bond movie, and get a pack of Tropical Flavors Lifesavers. Very good stuff! I believe the old picture of the exterior is from when the theater first opened up in 1942. I have no idea when the Interior picture was taken. I keep meaning to get up there to watch a movie, but haven't yet. Waiting for the new James Bond movie, I guess.

Prepare to have your mind blown! I think young Dad looks like young Steve (or vice versa). Let me know if you have any problems with this link. Seattle Times 1941.
Posted by Jay at 12:32 PM 3 comments: 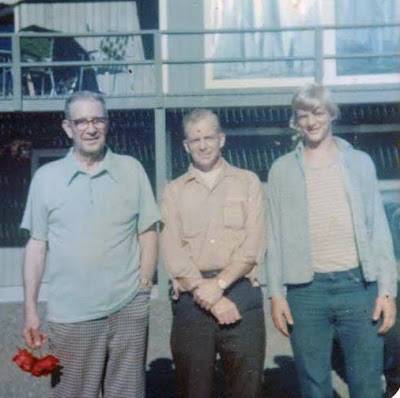 Happy Birthday to our Grandfather, Herbert Jesse Jenks! He was born in Washington on March 27, 1900, and died December 18, 1975 in Mount Vernon, Washington. At the time of his death he was living on Lopez Island. We don't know too much about him except that he married Gladys M. Fuller (our grandmother) and Frances Geraldine Graham, and that at one time he worked for Ericson Shipbuilding in Tacoma, Washington. This picture was taken in the summer of 1975, about four months before he died when Dad, Nancy, and I took the ferry up to Lopez Island to see him.
Posted by Jay at 2:39 PM No comments: 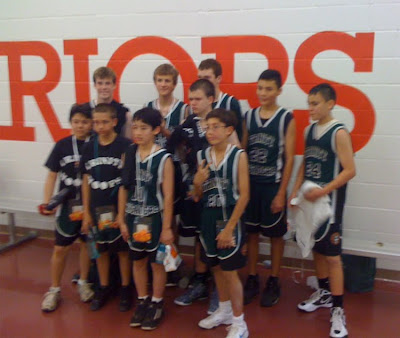 Erik's basketball team, the Trinity Lutheran School, finished with a record of 12-3! Erik finished with 79 points for an average of 5.3 and a high game of 10 points, and 100 rebounds for an average of 6.7. He grabbed a high of 11 rebound in one game, and also had two games with 10 rebounds. Great season, Erik!
Posted by Jay at 6:14 PM 1 comment:
Newer Posts Older Posts Home
Subscribe to: Posts (Atom)